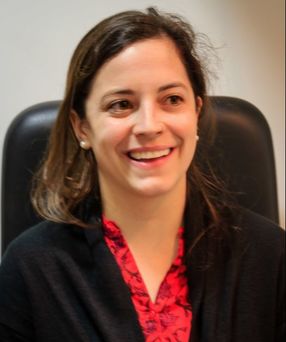 Jessica came to Delhi, India from the US on a year’s sabbatical to study Hindi. She was keen on getting the LASIK procedure done on her visit. She asked around, and was referred to Eye Health Clinic, Noida by her American friend Amy, who had herself undergone the LASIK procedure at Eye Health Clinic. She made an appointment with Dr. Aarti Choudhry and after an initial consultation, a date was scheduled for her LASIK surgery. The LASIK procedure was performed on both eyes resulting in Jessica regaining 20/20 vision. She was very happy with the ‘gift of clear sight’.

Jessica shared during her visit that she found the facilities and expertise as good as what she would have received in the United States. Her feedback in her own words:

"I had a lovely experience at Eye Health Center thanks to the friendly staff and professional atmosphere. They have my sincere gratitude for restoring to me the gift of seeing clearly on my own!". 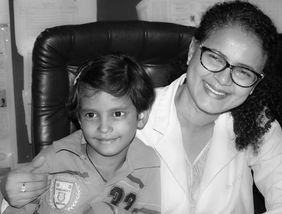 ​Four-year-old Divya was a playful girl. Sadly, her playful nature led to the type of childhood accident that most of us know all too well. In her case, a wooden stick injured her eye, causing an infection of her cornea. Her treatment worked, but left her with a scar on her cornea which in turn impaired her vision (10% vision) and left her with a convergent squint. Her doctors at the time gave up hope of recovery leaving her parents distraught. However Divya’s grandmother did not give up so easily. Having previously been treated at Eye Health Clinic she wanted them to provide a second opinion. After persistent persuasion, she convinced Divya’s parents to make the journey from Deoira, UP to Eye Health Clinic, NOIDA for treatment.
Eye Health Clinic’s founder, Dr. Aarti Choudhry, who had previously treated Divya’s grandmother, handled the case personally. Divya’s infection was treated with eye drops and her squint was treated with residual surgery. However, her vision did not improve at first. Dr. Aarti recognized that this was because her brain (visual cortex) was not receiving images from the bad eye. To address the problem, she covered Divya’s good eye so that she was forced to use the bad eye. This in turn forced the brain to start receiving images and hence develop normally.
​
The therapy (called amblyopia therapy) administered repeatedly and over an extended period, brought Divya’s vision from 6/60 (near blindness) to 6/12+ (near normal). Divya is now just as playful as she was before she developed the condition but with much improved vision and a happy smile on her face that brings great joy to her family. 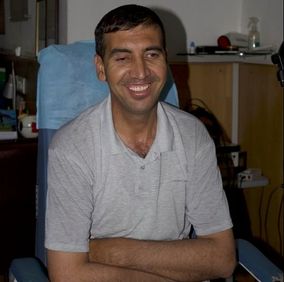 Patient Galdi came to Eye Health Clinic all the way from Central Asia,  with acute pain and decreased vision in the right eye.  On examination it was found that he had severe infection which had perforated his cornea. This made it a dangerous situation since that meant there was a direct route of entry for infection to spread and make the whole eye infected.

As a temporary measure, glue with a bandage and contact lens was placed to seal the hole in the cornea. This helped to help bring the infection under control until a donor cornea could be arranged.  He subsequently underwent corneal transplantation, giving new sight to an eye, which would otherwise have been doomed. 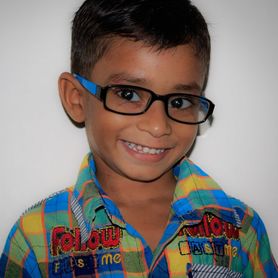 Four year old Rajat  came to Eye Health Clinic with a history of  white reflex from the right eye.  On examination it was found that the normal clear transparent lens in his eye had become thick and cloudy with a cataract that had probably been developed soon after birth. As a result of this condition, Rajat could not recognize his parents, play with his toys, move around safely without banging into objects,  or read children's books, like most other children of his age.
​
Rajat’s parents were advised to go in for urgent cataract surgery with IOL (Intra Ocular Lens) implantation for him.  This is challenging at such a tender age because of the risks from anesthesia, and the incomplete development of the eye makes implanting an IOL a difficult task.  Also, a child’s eye is more prone to severe inflammatory reaction.
Dr. Aarti Choudhry conducted cataract surgery  in both his eyes in rapid succession.  Following successful surgery he can now recognize his parents,  smile at them, play with his toys, pick up objects, and move around without bumping into objects.  To see him perform such simple activities, which he was not able to do earlier, brings immense joy to his parents.